Welcome to mitchmen, home of Mitchell's Gay Art.
(with no connection to Michael Mitchell!)

This is my gateway site. I only post occasionally here, usually pictures in praise of male beauty, strictly vanilla,
but in the sidebar you can connect to my two more adventurous posting sites
- my blog (where I show some of my pictures and pay tribute to artists and images that excite me)
- my Yahoo! Group (where you can see my latest pictures and stories and join my mailing list).

There's also a link in the sidebar here to a small gallery of vanilla drawings by me (Mitchell) (gallery last updated Feb 2019).
If you have problems with the link please read this notice.
I welcome comments from visitors but please avoid adult references, I can't approve remarks which are not consistent with the vanilla content of this site!
Thank you for your interest and support.
Mitchell (July 2019). 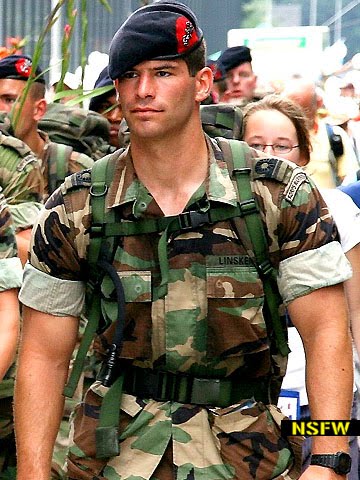 A marvellous image of a soldier on the march to complement my 'Fortunes of War' story at the Yahoo Group and the Review of the, now defunct, 'Guys in Uniform' Studio at the blog. This is a well built man who would grace any clothing but I love the way his sleeves are rolled up an extra inch or so to show of his biceps, the framing of his neck by the neatly arranged shirt and not least the meticulously deformed beret. Mangling headgear is something of an art form in the armed forces, transforming a mundane slightly ridiculous garment into one that pleases and smoulders with character.

Someone asked what country do these men fight for? (see comments).
The answer is Holland, their equivalent of the marines and if you search images you'll discover they are a splendid  body of men (see below) 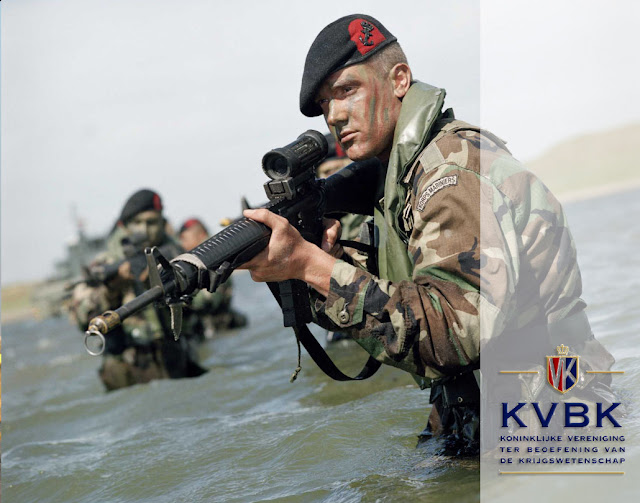 I surrender! That ringed cap on the end of his gun looks lethal!
Posted by Mitchell at 01:30 3 comments 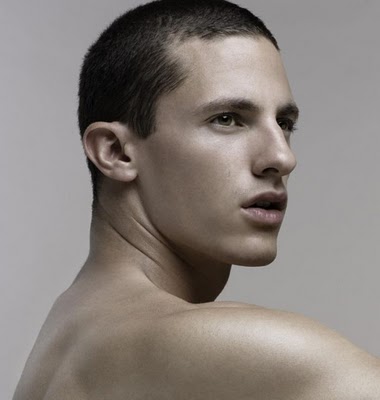 Arno Galmarini is a lesson in male beauty, it's a look I try to capture sometimes in my more serious pictures. Fortunes of war continues at the Yahoo Group and the next article at the blog will be a review of the work of Royale Studios and Guys In Uniform.
Posted by Mitchell at 11:15 0 comments

I am very happy to be able tell you that Google have restored my old 'mitchmen' blog with all it's archive of articles and pictures intact. The blog link in the sidebar now takes you to the original blog and I have added some posts there which complete the letter 'M' of my A-Z of Fetish Artists. I haven't decided the future of the replacement blog which I was constructing at Thumblogger but for the time being I have added a link to the small gallery of pictures I had assembled there. It may evolve into a shop where I can offer work for sale.
Posted by Mitchell at 02:28 0 comments

'Fortunes of War' starts at 'mitchmen' 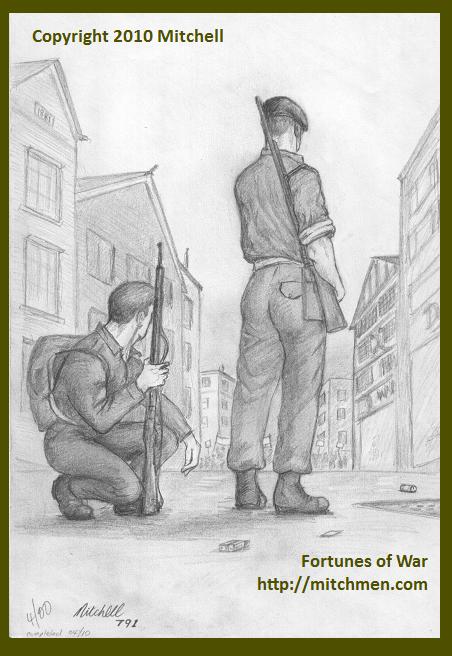