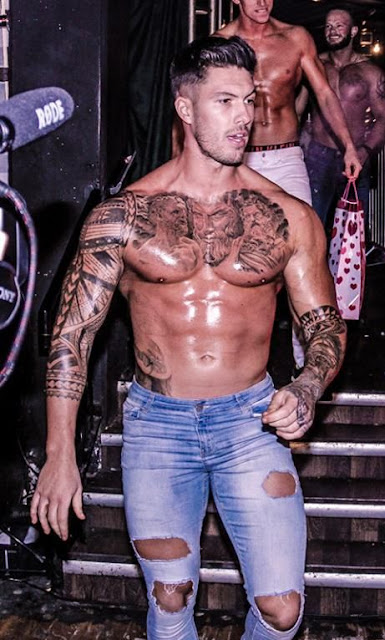 Adam Maxted is a good looking man with a splendid physique.

You may have seen him on the 'Love Island' reality show

More recently he's been Wrestling on TV's 'World of Sport'

where his 'tag' partnership with Nathan Cruz abruptly ended with Cruz
blaming him for their defeat in some final or another and (apparently)
beating him up in an unexpected but rather thrilling post-script.

Despite these very public enterprises, Maxted seems curiously reluctant to exploit his masculine attractions in the conventional way with modelling engagements. You'll struggle to find him in anything more exotic than sparkly, over-size trunks. 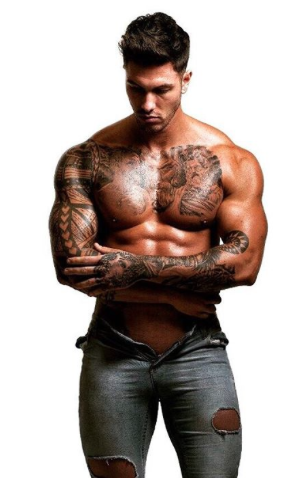 This one showing a more introspective mood
has  his jeans bulging, ripped and straining and is positively simmering,
I await further developments with bated breath!
Posted by Models at 01:05 0 comments